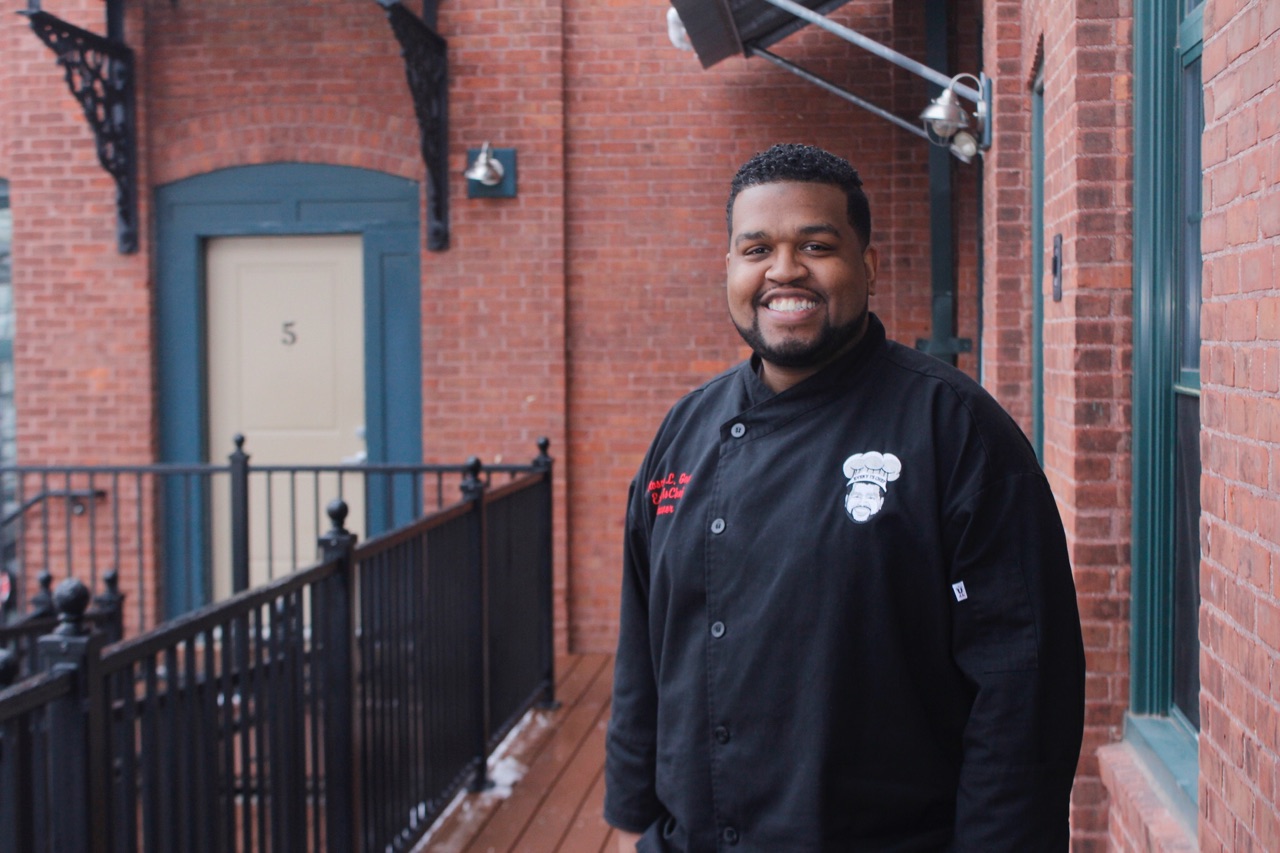 Roscoe Gay’s passion for the culinary arts was ignited when his pastor challenged him to adopt a healthier lifestyle. Around that time, his close friend Thea Fieldling Lowe had encouraged him to start baking from scratch. Through cookbooks and online tutorials, and cooking with family, Roscoe eventually developed a strong love for the kitchen. His new-found passion gave birth to Every1sChef – “1 Chef for every 1”.

Roscoe is a Boston, Massachusetts native but he resides in Woonsocket, Rhode Island. When he is not cooking or baking he enjoys spending his time with kids in the neighborhood introducing them to baking and building scrumptious menus. In 2016 he was honored by the RIASPA, a division of the United Way for his culinary course with Neighbor works Blackstone River Valley (NWBRV) youth programming. When Roscoe isn’t cheffing it up in the kitchen, you can find him playing his drums or singing his favorite gospel songs.